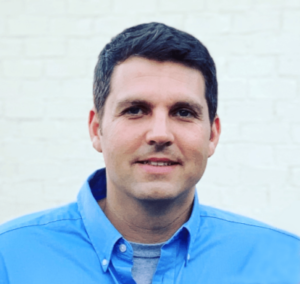 Trey Burns has over 25 years of design and management experience in architectural, mechanical, and industrial engineering. He began his career designing custom homes, banks, strip malls and other commercial buildings for a small architectural firm before pursuing other industries.

He worked as a Project Engineer for a large OEM parts manufacturer designing products for companies such as John Deere, Murray, Bluebird and Husqvarna. This position provided a transitional education for mechanical designs and served as an introduction to industrial processes.

During his time at an architectural metals manufacturer he took on large design projects such as the interior metal cladding of the Dallas Cowboys Stadium, the custom metal cladding of the MGM Grand in Las Vegas and the exterior weather protective cladding on the George Bush International Airport in Houston. This position utilized his combined knowledge of architecture and mechanics while furthering his understanding of manufacturing processes.

He took a position as Manufacturing Engineer at an OEM component assembly plant and became educated in efficient production techniques and proper quality control methods. Through the use of his Six Sigma & ISO training he streamlined the assembly lines, reduced production times, and increased overall productivity, eventually becoming the Manufacturing Engineering Manager.

Endeavoring to learn a new industry he worked as a Design Manager for an offshore accommodations manufacturer where he directed the design of modular living accommodations and support structures for use on drill ships and oil platforms. This position required a thorough knowledge of maritime regulations, hazardous location design (e.g. C1D1), and again utilized the combined knowledge of architectural and mechanical design. Achieving success in this industry required daily dealings with the most stringent regulatory bodies such as the United States Coast Guard, American Bureau of Shipping, and Det Norske Veritas.

Prior to the inception of Norseman, Trey was a VP of Engineering in charge of the initial design of all modular product lines and coordination of all engineering activities. He then became the VP of Operations and managed  the estimating & bidding operations, lead the construction and modular lines of business, as well as managing the engineering department. His team designed over 40  facilities ranging from 10k ft² up to 240k ft² as well as approximately 200 modular units.

His team excels in efficiency, customer service, and achieving designs that provide the most value for their client’s available budget.

Email Us
Call Us